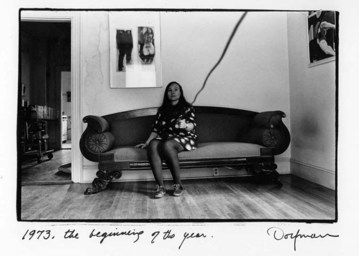 I was twenty-eight when I began to take pictures. There was little or nothing in my life to suggest that the camera would be a perfect instrument for my temperament. Except that I was a starer. I looked at everything and stared at everyone. I had always wanted to be a writer, but when graduation came, it never occurred to me, OK, start. 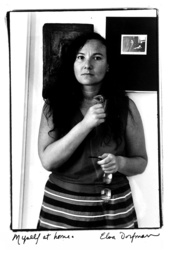 I went to New York City because in 1959 it wasn't socially acceptable, for a million reasons, for a girl from Newton to live in Boston/ Cambridge rather than in her mother and father's house twenty minutes away. Rather than fight it, Gail Gordon and I moved from Boston to New York. An employment agency (I had typing, no shorthand) got me the job at Grove Press. As secretary to the editors, I began arranging poetry readings for the poets Grove published, Robert Creeley, Allen Ginsberg, Charles Olson, Robert Duncan, Michael McClure, Philip Whalen, Denise Levertov, Joel Oppenheimer, Edward Field. When I moved back to Cambridge, I continued setting up a poetry circuit, calling myself the Paterson Society, after William Carlos Williams' major work, Paterson, and for Allen Ginsberg, who was born there. This activity, which involved sitting on my bed typing letters to every college in the country, kept me spiritually alive while I had miscellaneous jobs and later, when I moved to my parents' house in order to get my master's degree in elementary education. I lived for the mail. It was my only contact with life: a card from Corso in Rome, Whalen in San Francisco, Creeley in New Mexico, McClure. On my twenty-fifth birthday, I happened to get a note from Allen Ginsberg in Benares, India, and the coincidence reassured me for weeks.

By the time I began to teach the fifth grade, 1962, it was easy for the poets I was working with to get readings and it had become a dreary task for me, so I stopped doing it. But I kept in touch, and Paul Blackburn, in fact, visited me in school one day and read to the children -- to the shock of the very straight principal. 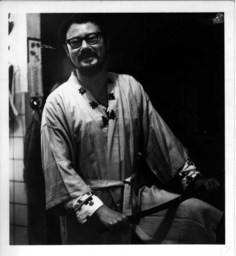 After one year in that public school, I ended up at a marvelous place now called Educational Development Corporation. I had heard about it and knew I wanted to be there, somehow, and got a job for the summer of 1963, running the mimeograph machine. For the next two years, I helped develop teaching materials for elementary school science teachers. It was George Cope, the photographer who took all the photographs for the books EDC turned out, who handed me a camera and showed me how to use it. He was the perfect teacher for me, making photography seem accessible, not unduly complicated, not very special. It was June 1965. I think of it as a miracle still. 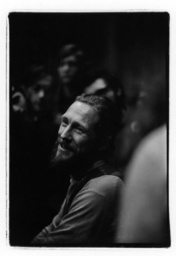 As I started to use the camera, my relationship with my Paterson Society friends began to get its old energy again. My idea of what these people thought I could do and should do was crucial to me. I had the notion that they expected something from me -- or at least they wouldn't be surprised. My fantasy about them helped me approach the camera with a sense of purpose, seize it and make it an experiment that worked. Without articulating anything and/or being heavy-handed, making myself or themselves self-conscious, they took me as I was presenting myself (though I wasn't necessarily convinced myself], seriously, and they expected me to get better at what I was trying to do. I want to be as scholarly about my camera and photography as they are about their work. It isn't an accident, I think, that the body of my work stems from my relationship with these people -- at least for this time. 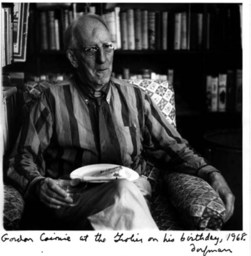 In August 1965 I drove to Gloucester to tell Charles Olson what I was doing. Show him. Take his picture. I knew he'd be glad to see me getting into something. While we were walking along the beach wall, he said that if any of my shots of him came out, he'd like to use one on the cover of The Human Universe, which Grove was about to publish. It was the first picture I sold, for $25. In 1967, when I'd finally saved up enough money ($150) for a camera of my own (I'd been borrowing one from an EDC friend, unbelievable though it seems now], I sent a check to Philip Whalen in Kyoto; he and Gary Snyder, who speaks Japanese, bought it for me there and mailed it to me. And Gordon Cairnie, proprietor of the Grolier Book Shop -- one of only two people at Harvard who made Bob Creeley feel he might amount to something [the other, Fred McCreary] -- let me sit in his store for hours and take pictures of everyone coming and going/himself.