The Gypsy of the Heart 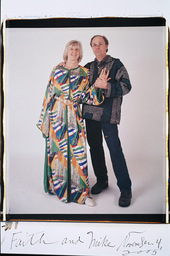 Now the Taz was a cool cat. A sleek and cunning cat. Half his life was spent a'courting and the other half in thoughts of escaping. He was not an ordinary character. He was no pussy-cat! He was tall, dark, handsome man of twenty with experience beyond his years. He was a fighter, a voyager, a double-dealing gypsy of the heart. And he fixed those hearts as fast as he broke 'em. Everyone in Wayne County knew of him and always tipped their hats as he passed by. And the women folk? They adored him! Oh, how they called out his name in the sun-drenched daylight and whispered "the Taz" as the dark moon began to set. A Savoir? Some say he was. Others say that he was a rogue.

Now, The Taz was by nature, a musician. A trumpet player and a very talented one, at that. Those who had heard him play were uplifted, transported and delivered to redemption just by the beauty of his tone. But the Taz had too many distractions in his life. The greatest distraction of all was beautiful women. He stashed that trumpet in a dusty corner of the little shack he called home, and never pressed it to his lips. Yes, the Taz was a busy man!

Taz had a habit of falling for women of a different class. The whole town would be up in arms as they saw him sitting on the front porch of Miss Sally's house while her very own parents peered in horror from behind the lace curtains. And oh, how he did woo Miss Sally! He brought her flowers and a diamond necklace he said had cost him his life savings -- though everyone knew he never saved anything short of compliments. Miss Sally bathed and thrived in all his attention and grew more beautiful with each passing day. So beautiful, as a matter of fact, that the people in town began to panic.

"I mean how much more beautiful can she get??" Hissed the mother of a not bad looking gal a few years younger than Miss Sally. "She is going to make it impossible for any of our daughters to EVER find a husband!".

Oh, they whispered and whined and complained and bothered their husbands with endless chatter about the coming doom of their daughters. Yes, Miss Sally had taken beauty to another level. An unattainable level. All the young men in the country would never be satisfied with anyone who did not look like Miss Sally, talk like Miss Sally, walk like Miss Sally or otherwise shine in the heaven-sent light of Miss Sally. Yup, the ante had been raised and the woman-folk were scared silly while every day Miss Sally just grew more beautiful.

Now, the Taz had another habit. He'd get the whole town all worked up again by choosing the fairest, most eligible, and richest girl to woo. Then just as the courtship had reached its greatest zenith, why that's exactly when the Taz would just disappear and turn his back on the weeping girl. No explanations, no salutations, no words of departure. He'd just simply be-bop out of town and wouldn't be seen again for a month or two.

"I wonder where he's gone to this time?" the sheriff would say.

"Dunno." was the same old answer from his deputy.

"Why, to think that he just up and left Miss Sally high and dry the way he did after shaming her kinfolk with all his blatant courtship! Why that man ought to be run out of town before he can do any more harm!"

The deputy took a deep sigh.

"He already gone, sheriff. The sun done set on his bee-hind!"

And that's the way the Taz moved in and out of town. He'd always return as soon as all the fuss and commotion had died down. He had an uncanny way of showing up just as what ever young lady who had been a'inning for him had given up all hope and was walking down the isle betrothed to someone else. The banker's son or the butcher's boy. And, oh, would there ever be a gnashing of teeth as the young man, whomever he was, looked out and saw the Taz riding back into town and saw again the tears that had never really quite dried start to fall again on his young bride's cheek.

"What a scoundrel!" He muttered "What a louse! That man ought to be put to death!"

But the Taz was no fool. He knew what made a man tick. He also knew what would make a young girl smile, and he enjoyed the dance, as it were, between all the folks who viewed him so differently. As he rode back into town this one day, without a twinge of conscience, he sang a song of unrequited love. The very ears who heard his singing were none other than those of Miss Sally. She rushed out into the street as he walked by and threw herself into his arms. But her wedding gown gave her away. He held her gently at a distance and looked deeply into her eyes.

"Now, Miss Sally" he began. "You a married woman, now, and there ain't nothing I can do about that."

She tried to speak but only blubbered away in tears.

"Now, I want you to walk on back into that church and make a vow to God that you will serve that man well, love him and respect him and have many a fine baby with him. He has chosen you, and you have chosen him. It's God's will now, and not ours alone." And with a smile that would have melted the hardest heart of stone, he walked her to the steps of the church and bowed before he went on down the road singing his sad love song.

Now the towns' olk were impressed. Rogue that he may be, he always knew when to stop the charade. When to render unto Caesar what was Caesar's, and Miss Sally DID NOT belong to him. Souls may touch and become entwined, but the wedding band held the final say, and the Taz was good at upholding the law of the land. Or so folks thought.

At first the Taz did not know what was happening to his own body, his own mind, his own sense of the world. But he felt different. Real different. He was all mopey and tired and full of melancholy. He'd never felt this way before and he didn't know how to be. Then he figured out what was wrong. He couldn't shake his feeling for Miss Sally. Uh-huh, something had happened that he had never reckoned on. He was in love. The kind of "in love" that grabs at a man's innards and won't let go. The kind of "in love" that makes a man beautiful but also, a little dangerous. He'd been bit bad by the love bug and there was no cure except to be with the one you love and he knew he couldn't do that for she was married to someone else. The Taz found himself in a pickle of a mess, and he was as helpless as a newborn kitten.

The weeks turned into months and then into a year. No one ever saw the Taz sitting on any young lady's porch and when he did appear he always walked with his head bent down low. Yes, the river of admiration and a'wooing had dried up and all the folks in town were trying to figure out what had happened.

"Maybe he learned himselt a lesson!" said others.

But none of their explanations ever quite hit upon the truth and the Taz kept to his own company and grew thinner as the seasons changed. The whole county felt a yawning void stretch across their lives and the entire township felt saddened.

Then one day after a night of dreaming, the Taz strode in to the town with his once bowed head held high. He walked to the saloon and downed a beer or two. Then he entered the church and stood in reverent silence for a while and finally he walked to the Meeting-house and entered. All those folks who had nothing better to do peeked out their windows as the Taz passed and by nightfall they had told the others who had returned from their day's work exactly what the Taz had done and where he'd done it.

"Why he strode through this town like he was a'fixing on leaving it." Said the sheriff.

"He didn't even stop to say 'howdy' to no one." Added the deputy

Yes, there was a pain in his heart and a knife in his soul that no one could see, but the folks could tell - something was a' bothering the Taz.

Quietly at first the notes of his trumpet resonated from the Meeting-house. Folks crept from the shadows and stood listening as the music crescendo into the most heaven sent sound they had ever heard. Taz played for most of that day and stopped only for a spell at dusk. Then the music started up again and resounded well into the night. The townsfolk didn't really want the music to stop, but they were unaccustomed to living their lives accompanied by the sound of music and they were at a loss as to what to do or even what to say to one another. And the Taz played on 'il dawn. Mysteries abounded. Where had Taz learned to play like that? What was the cause of his great unhappiness? What spell was being cast upon them all, as they stood there united by the wail of Taz's trumpet? What had gotten into the Taz? Who was going to stop the Taz? Confront the Taz? Tame the music-loving-thunder-rolling-God filled fury of the Taz? No one knew the answer and the Taz played on.

No one knows for sure whether it was hours or days that the sound of his trumpet filled the air and the lives of the people, as well as their dreams and every waking hour. Then the final day fell like a shroud upon the entire town. The music stopped as suddenly as it had started. The Taz strode out from the Meeting-house and down the steps. The crowd parted. No one spoke. The Taz stood still and turning faced the crowd. In a voice as melodious as his music he spoke.